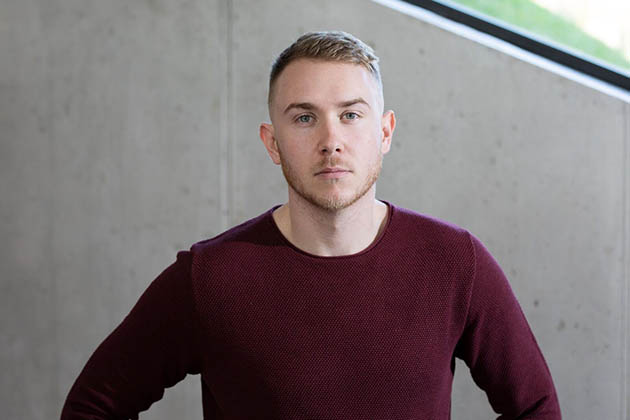 Maybe we have all watched too many Hollywood & Netflix movies. Radical change is always envisioned through zombies, burning cities and flooded skyscrapers – we do love a good end of the world as we know it…

Apocalypse in its original Greek meaning is more akin to the word “revelation” or “unveiling”, not the total and complete destruction that we subconsciously hope it is. We expect the only way to upend our over-accelerated world is via total system collapse. As such, Covid-19 might not be the crisis we wanted, but certainly the one we needed. It is showing us the fault-lines in our systems, unveiling weaknesses or inadequacies that we had taken for granted and deemed unchangeable. Without widespread violence or total societal decay, but solidarity and societal deceleration instead. An un-pocalypse of sorts.

As the cyclical nature of history has shown thus far, not learning from history indeed does doom us to somewhat repeat it. It doesn’t necessarily exactly reproduce itself, but it does play to a similar tune. Generations too have developed along this cadence. Massive societal destruction leads to a rebirth from the previous world’s ashes. We are currently in what could be considered the beginning of the end of the Baby Boomers generational cycle. Let us look to the future and figure out where we end up if we don’t change the chorus in the musical of history.

Generational cycles begin with massive, world changing crises. For example: the great depression, the second world war, the American or French revolutions and, if we don’t figure it out, the millennial crisis. They then follow the four seasons just like nature, defining the zeitgeist as they cascade along – finally ending in the next giant calamity.
Let’s follow our most recent defining generation, the by now memeified Baby Boomers.

Your summer was the hippie movement – rebellion. As is common in this season, the post crisis institutions were too rigid and authoritarian, the need for freedom, equality and individualisation cannot be contained by the structures put in place after the crisis. Free love, no wars, more sex, save the planet! Brilliant.

Your autumn was a little less bright. The culture wars after Vietnam were a battle of decaying ideals that could no longer be sustained. As the leaves fall, individualism beats community, structures have been changed but cannot inherently keep up. Pluralism and heterogeneity lead to ever growing chaos.

Your winter is everyone else’s winter too. The economy was overloaded due to rampant individualism that led to machiavellian egoists at the top of the food chain. News was replaced by echo chambers, even interpersonal communication became more partisan and digitally disconnected.

Generation Z and millennials, born around winter, didn’t have an easy time. What is apathy towards a system that has become way too lopsided towards egotism and capital, is considered “laziness in the workplace”, and their digital fidelity labelled addiction. However, the crises they experienced were a lot more abstract than a world war’s destruction. It has become accepted that the bloated economy crashes about every ten years. They witnessed at least two of them, happening far away in the ivory towers of New York and the stock exchange, but never affecting them quite in the same way as our current un-pocalypse has.

Let us assume the Corona Crisis is the beginning of the next cycle. This crisis touches and changes us all at a personal everyday level. Gen Z was the last generation before the big reset – fine by me – we had run out of letters in the alphabet anyway. The four seasons of the Generation Corona will not be the same as history shows, but will certainly have a similar ring to them.

Their spring was spent rebuilding of the global economic system, but hopefully not into the same over-accelerated manner. A stock market crash every century was just impossible to sustain. There was an instinctual retreat back into the nation state, in order to gain more control socioeconomic systems. Shaking hands became a lot less prevalent.

Their summer consequently was a rebellion against the rigid re-nationalised new world order they had re-created. The next world crisis would be global in nature, solving it with nation states just could not work. They reconnected the world, this time with actual social digital structures. No more echo-chambers and fake news. Individualism works because communication in the digital sphere has become second nature to us – for now.

Their autumn is hotter than expected. While they reconnected the world and tried to find themselves, they didn’t follow through on adapting institutions. Sound familiar? The youth was shouting from the rooftops, but the Gen C were too busy with their own lives. Suddenly the global crises they had foreseen in summer was right at their doorstep. A jackpot, as the famous Sci-Fi author William Gibson called it – an accumulated perfect storm, where all possible crises and catastrophes hit at once.

Their Winter had very little snow, but a recession followed by the third world war – this time nearly exclusively in cyberspace. With climate refugees everywhere, the fear of global pandemic came to haunt society once again. Nation states seem a lot more convenient in controlling the problems of climate change and the digital war – and control is paramount. The strongest nations ramp up their efforts to leave Earth. The space age has begun, for whomever gets there first. The cycle begins once more.

We assume this also applies to women. The Covid-19 crisis is not the usual hard times humanity has previously presented us with. Nor are we just men defining the future nowadays. Luckily, we’re finally getting some most needed empathy injected by the historically largely ignored gender. If there is one thing I’ve noticed about the younger generations it is how the massive access to information, knowledge and communication have changed them for the better. Even when pummelled by economic crises and injustices, their social values are continuously moving towards tolerance of differences. They might even learn that our differences are what makes us resilient.

We are all Generation Corona now. You Baby boomers, us youngsters, you forgotten Gen X. All of us. Age was barely a functioning category, values and lifestyles superseded it even before the crisis. We can suddenly see how much is possible when united beyond the divisions of generational egotism. We don’t need a complete meltdown of humanity for us to change our ways. Merely a humble un-pocalypse will do the trick. So far, our newly found solidarity is more in line with humanity connecting against a common enemy. Just like when the aliens finally attack – a virus being somewhat similar in its apparent otherworldliness. A collective human endeavour.

Looking back at the 20th century we have largely freed ourselves from racism and sexism, nearly from culturalism and will hopefully skip generationalism – the second to last bastion of societal division that is left. And we’ll figure out rich and poor together. In this regard our current un-pocalypse could be considered a blessing in disguise. Human evolution has always been accelerated by transcending previously unchangeable behavioural patterns. We will break the cycles of history together or at least turn it from separate melodies to a symphony.